Ski Mask The Slump God drinks Jagermeister in an interview for 16BARS. He also shared his thoughts about some stupid things he did when he was young like skating or bombing houses.

Was Ski Mask kicked out from the high school for selling fake lean?

According to his words, he has been selling the cough syrup. But people are too stupid, to understands the difference. He’s been hiding his stuff in the bushes on teh school territory. And the gardener found his supllies. After watching the cameras, school administration kicked him out.

Ski Mask The Slump God shared his parents’ reaction. They are from Jamaica and are very strict, Especially, his grandmother.

The interviewer also decided to ask if Ski Mask will make a feature with Sin City. It turns out to be his father’s rap pseudonym. Ski Mask has revealed that such track exists. Ski Mask’s father has already recorded young Slump God in his own studio.

This is also one of the reasons why Ski Mask has become a rapper.

Ski Mask also talked about his own home studio and how he tried to record the beats. He doesn’t like the studios where it’s forbidden to smoke.

One of the weird studio session happened when his assistant started to argue with Timbaland. Ski Mask takes Timbo as one of the best and underrated producers.

Busta Rhymes gave him a lot of advice. One of them: to stay genuine.

One more advice: always think about longevity. That’s why Ski Mask has got a manager who pays his taxes.

What did Ski Mask spend the most of his money on?

It was mainly the hotels because he hadn’t got his own home. He had even lived in Times Square for a while.

One of the biggest misconception about Ski Mask The Slump God

Everybody thinks that Ski Mask is very inattentive. But actually, he doesn’t miss a thing.

He will delete his face tattoos, continue to smoke heavy weed. By this time he wants to act in several movies, open his hotel and cinema.

Moreover, Ski Mask commented on the creation of “Costa Rica” and some other hits. And some of his tweets. Sometimes he as any common human feels emotional or depressed.

– Are you sure, you want to name your track Foot Fungus?
– Yes!
– Why?
– Exactly. There is no reason to call it Foot Fungus.

Ski Mask has got Jamaican feet. That’s why he hasn’t got foot fungus.

About “Coolest Monkey in the Jungle”

One of Ski Mask The Slump God’s tracks from “Beware the Book of Eli” album is called “Coolest Monkey in The Jungle”. He likes to turn something negative into something positive. Of course, the name is connected with the H&M accident, when the brand posted a photo of the afro-american boy in the hoodie with the same caption.

By the way, Coolest Monkey in the Jungle was the first track produced by Murda Beats.

Who will save Ski Mask The Slump God?

This is what he wants to figure out in this track. So there is no Mrs Stokeley yet.

What changed from “Drown in Designer” times to “Stokeley”? What today’s Ski Mask would advise to the young himself?

$ki Mask the Slump God released a video for “Faucet Failure” from “Stokeley” album. Watch it, if you haven’t done it yet. 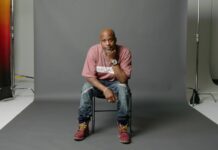 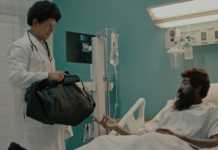 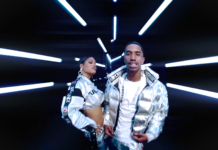 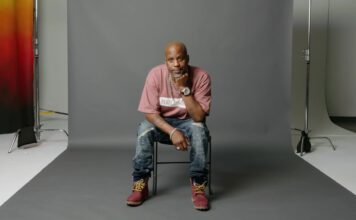